There is something so divine about curling up with a good book, leaving the stress of the day behind you, and focusing on what’s currently at hand. I adore reading so much that I thought it only fitting in ‘Claire’s Current Reads’ I share with you what I am loving lately, and what I have next on my never-ending list to read.

One of my favorite things to discuss: books! Sharing my recent reads for this holiday season I know you will love while curled up by your Christmas tree.

My current reads are like the Hallmark channel in print. Who can pass up a Christmas theme? I shared my Holiday reading list here last year. Reading a book set around Christmas is a great way to bring in the Christmas spirit.

One Day in December – My girl and BFF Reese Witherspoon beat me to the punch. I discovered this book and pre ordered it immediately. The cover alone is cute enough to make me want to read it. Currently Reese’s book of the month for December is this charming holiday read.

“Laurie is pretty sure love at first sight doesn’t exist anywhere but the movies. But then, through a misted-up bus window one snowy December day, she sees a man who she knows instantly is the one. Their eyes meet, there’s a moment of pure magic…and then her bus drives away.

Certain they’re fated to find each other again, Laurie spends a year scanning every bus stop and cafe in London for him. But she doesn’t find him, not when it matters anyway. Instead they “reunite” at a Christmas party, when her best friend Sarah giddily introduces her new boyfriend to Laurie. It’s Jack, the man from the bus. It would be.”

What follows for Laurie, Sarah and Jack is ten years of friendship, heartbreak, missed opportunities, roads not taken, and destinies reconsidered. One Day in December is a joyous, heartwarming and immensely moving love story to escape into and a reminder that fate takes inexplicable turns along the route to happiness.”

Seven Days of Us – Family, Christmas, and yet another adorable book cover.

“It’s Christmas, and for the first time in years the entire Birch family will be under one roof. Even Emma and Andrew’s elder daughter—who is usually off saving the world—will be joining them at Weyfield Hall, their aging country estate. But Olivia, a doctor, is only coming home because she has to. Having just returned from treating an epidemic abroad, she’s been told she must stay in quarantine for a week…and so too should her family.

For the next seven days, the Birches are locked down, cut off from the rest of humanity—and even decent Wi-Fi—and forced into each other’s orbits. Younger, unabashedly frivolous daughter Phoebe is fixated on her upcoming wedding, while Olivia deals with the culture shock of being immersed in first-world problems.

As Andrew sequesters himself in his study writing scathing restaurant reviews and remembering his glory days as a war correspondent, Emma hides a secret that will turn the whole family upside down.

In close proximity, not much can stay hidden for long, and as revelations and long-held tensions come to light, nothing is more shocking than the unexpected guest who’s about to arrive…”

Christmas in Paris – This was on my list last year and I was not able to get to it with a busy holiday schedule. I did however finish her other book “Christmas in London” and LOVED it.

“Isabel Lawson is standing on the balcony of her suite at the Hotel Crillon as she gazes at the twinkling lights of the Champs Elysee and wonders if she’s made a terrible mistake. She was supposed to be visiting the Christmas tree in the Place de la Concorde, and eating escargots and macaroons with her new husband on their honeymoon. But a week before the wedding, she called it off. Isabel is an ambitious Philadelphia finance woman, and Neil suddenly decided to take over his grandparents’ farm. Isabel wasn’t ready to trade her briefcase for a pair of rubber boots and a saddle.

When Neil suggested she use their honeymoon tickets for herself, she thought it would give her a chance to clear her head. That is until she locks herself out on the balcony in the middle of winter. Thankfully her neighbor Alec, a French children’s illustrator, comes to her rescue. He too is nursing a broken heart at the Crillon for the holidays. With a new friend by her side, Isabel is determined to use her time in the city of lights wisely. After a chance encounter with a fortune teller and a close call with a taxi, she starts to question everything she thought was important.

Christmas in Paris is a moving and heartwarming story about love, trust, and self-discovery. Set during the most magical week of the year, the glorious foods and fashions of the most romantic city in the world are sure to take your breath away.”

Claire B. & Co. is an avenue that I hope to create and awaken inspiration in myself and in others through fashion, beauty, travel, and everyday life.

You May Also Enjoy 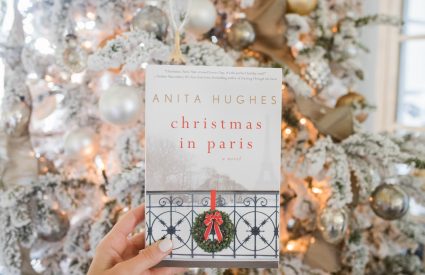 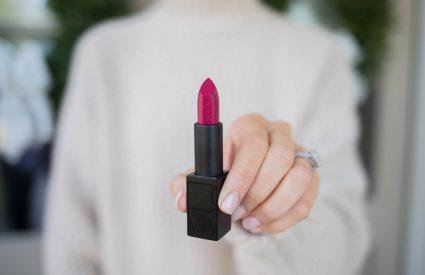 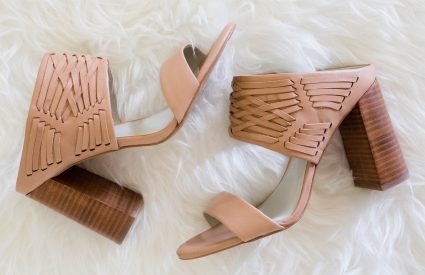 Last week was one month with you, our little rabbi

My two favorite gentlemen that made me a mommy. Fe

39 weeks with you 🐰. Easter Sunday was spent wi

It's April, which means it is birth month for our

Thank you to our family and friends who showered u

6 years. Our wedding was a special day to us. Than

We took our little Jack to @littlejackstavern yest

My very first pregnancy empty and repurchase is th

This error message is only visible to WordPress admins